Email ThisBlogThis!Share to TwitterShare to FacebookShare to Pinterest
https://creator.zoho.com/mailbox.of.akanksha/epicure-travels/#Form:Registration
Posted by anki at 9:41 AM No comments:

Software to my Customer

I have created the software as according to my customer, Abhishek Chowdury's requirements
The link is here:
https://creator.zoho.com/mailbox.of.akanksha/epicure-travels/#Form:Registration

Thankyou!
Posted by anki at 9:32 AM No comments:

I have a company of door-to door library service for which I need a membership feedback software. My software vendor is Ambuj Sinha (B12004) his blog is http://softwareapplictns.blogspot.in/2012/08/blog-post.html
I need the following specifications in the software:

WHICH SERVICE IN ORDERING THE BOOK WOULD YOU PREFER?
ONLINE
TELEPHONE


WHEN WOULD YOU LIKE THE MEETINGS OF THE BOOK CLUB?
ONCE A MONTH
TWICE A MONTH
EVERY FORNIGHT
EVERY WEEKEND

DOES THE BOOK REVIEW GIVEN BY OTHERS AFFECT YOUR CHOICE OF BOOKS?
YES
NO


ARE YOU SATISFIED WITH THE SERVICES OF THE LIBRARY?
YES
NO


Harry had introduced to Mr.Weasly, who was always so interested in the know-how of muggle world, to his cousin Dudley who was now a programmer  in a major IT company in London.

Harry: Hey, Couz DuD can you explain to Mr. Weasly what is System Architecture and how muggles (non-magical ) people use computers.
Dudley didn't like the tone of it. He was as usual intimidated by Harry and his magical friends and just to get rid of them he thought he would explain and answer quickly and briefly and get it over with.
Dudley: So, you see Mr. Weasly ,A system architecture is the conceptual model that defines the structure,behavior,and more view of a computer system.Computer Science refers to programs about data structure which is to be processed and it's application which signifies how is it to be processed.The data is the raw information while it's application is the way by which raw information is to be processed and used for final use,for this we need a system.A computer system consists of both hardware and software by,hardware we mean the physical components of a computer and by software we mean the written rules or information or logic which processes the data entered..
Mr.Weasly (baffled and confused) : So software is like spells and hardware is like the wand.
Dudley : Yes, ummm.. if that's how you wanna put it.
Ok, so well you see data and the application should be kept separately. There are different ways through which  this system is structured which is - One tier, Two tier, three tier,and multi tier.


Mr. Weasly : Well I need to complement about  the logic that you muggles use to solve your issues and work efficiently. REMARKABLE!


Harry: Well Mr. Weasly you will be astonished over what and how non-magic people do things.!


Mr Weasly: hmm.. this all sounds really interesting.. it's so simple and prolific yet so unique!

Dudley: There may also arise certain amount of traffic as to LAN and WAN ie, Local Area Network and World Area Network. LAN is used for connecting  a client and server. A client is a computer on the network that request services or sends queries and a server is a computer that caters to this service. It is used in the two-tier systems. WAN also has the same function, but it's just that the bandwidth increases as the area of network is large, it's used for multi-tier systems.
A Multi-tier systems where the entire process is done on the web browser. it is the platform on which the INTERNET works.


Harry: You see Mr. Weasly for the non-magical people INTERNET works the best for gaining information. It's better than the Daily Prophet.


Mr.Weasly: I am astonished at the way people work here in the muggle world. You muggles have done great things for yourself. kudos to you all!!!

why doesn't harry potter never stops to inspire me or aspire me lesser?
I think what it taught me.. or the way it continues to teach me.. is more than what the holy books of any religion ceases to teaches me
harry and lord voldermort were both raised in the same situation -both orphans, ill-treated by everyone. both powerful wizards with exceptional talents... both finding home at Hogwards....!!
both had disregard for rules... both were headstrong.. and determined.. basically both had same qualities.. but one chose to be the dark lord ie, of course Voldermort and the other (read:harry) well didn't really had the choice...greatness was thrust upon him !!!!
It teaches you how it's not life or the circumstances that makes you who you are- but the choices that one does make...determines us as an individual..strong or weak, sly or clever, wise or a fool...!!!!!


Like today I have been watching the first part of harry potter and saw the scene with MIRROR OF ERISED.
This mirror just showed us, as one might put in in Dumbledore'e words, your deepest most desperate desire..the happiest man would be one who sees only his own reflection in the mirror.. harry saw his parents, Ron saw himself as the Quidditch captain and Proffesor Dumbledore saw himself with a pair of socks...
And then the wise man spoke how it does not teach you anything.. nor knowledge nor truth...!!!! It is indeed true.. desires don't teach you anything... the similar has been written in Bhagwad Gita.. where it says that a 'man' who is in control of all it's senses is,how i may put it,SUPERMAN!!! though i might mention i took an offence out of it that what is women supposed to do?///!!!!!! as it mentions only MAN!!!!


Every other bit in the world has something to teach you.. if one is willing to learn.. or value it... knowledge and truth...!! but as easy it may sound it's difficult to follow.........!! Everyother day you are met with difficult choices .. RIGHT AND WRONG.. what do u chose and that will make you the person who you are.. !!!
and knowingly or unknowingly we all understand the right and the wrong....but still people do wrong things..being selfish,mean,lying,cheating.. exploiting the innocence... and so on..!!! it is one of the prime reasons i am in doldrums about GOD  concept..!! It is just us selfish humans...exploiting each other's innocence for our own benefits... why bring god into it!!!! One can only seek wisdom from god..the choice is always yours..!!!
LOVE, KNOWLEDGE, TRUTH CONQUERS ALL... LONG LIVE HARRYYY POTTER,YOU GAVE ME SOMETHING TO BELIEVE IN MORE THAN ANYTHING ELSE COULD TEACH ME!!!!
OR RATHER I SHOULD THANK J.K ROWLING..

PS-A Little trivia.. about miss.rowling, the concept of 'DEMENTORS' in potter books came from her own days of depression the feeling of emptiness as she had put it was the true idea behind dementors...!!infact she had to purposely keep the lead protagonist as a male 11 year old for a massive mass appeal, because girls will still be willing to read a story about 11 year old  boys.. but not a lot of 11 yr old boys will be willing to read about 11 yr old girl!!
SAD BUT TRUE... GO POTTERR!!\m/

You see women around  as the little girl who peeps at you through her window when you cross her house and suddenly vanishes after seeing you, the old women who grimes at every other person passing by her with a grumpy look, it could be the middle aged pummy aunty/Sharma aunty who is flaunting off her American diamonds, it could be her friends(all females) who are looking at her necklace with hungry eyes and flattering her on her face when we all know they would bitch about her behind her back. You see that freckled girl sitting at a corner of her class busy solving a physics book, or those naughty-catty group of barbies moving in an al a mode in their gangs giving look at every passersby and intimidating them with their insightful piercing look.
You could see that girl next door girl turning into a diva just as she shifts to a metro city, or that intellectual girl who has an opinion on everything but you know what she shies away from boys, she could be that girl who plays football with the men and guess what she is better than them but that is the reason no guy looks at her!!! It could be the the ultimate social butterfly, the gossip girl who knows all her who’s who! She is also the one who could compromise on her values just to achieve what she wants, but don’t judge her you don’t know what made her so. She could be a trophy wife who just flaunt her husband’s money while he is busy cheating on her with some other women. Now the other woman is either with him as she has never seen a good man in her life or maybe because of the money. She could be the snob who looks down upon on everyone as apparently no one can be as good as her.
She could be the strong ambitious straight forward woman who just wants to fulfil her career goal, she might seem she doesn’t have heart or has no emotions.. but really think again! Then there are those who do not need a man to complete her intellectually or emotionally, and those who read mills and boons the entire day, and dream of a vampire super-hero! She could be the ultimate wannabe who thinks if she behaves in a certain way she will be cool.. but we all know where that is going. She could be that old ancient aunt who still lives in 1950’s and would lecture you on ‘sansakari-sabhyata’..
She is the one who thinks about her family first, who gives away her life and her dreams away just to be with her child. She is the one who fights for her rights and for others too, she can be the strongest ruler the world has ever seen or the dumbest hotel princess (read:paris hilton) who cares only about her hair and shoes and her pet poodle’s hair and shoes, but beware it could just be ploy of hers she could be a shrewd business women inside and no one would ever know. She has been saint mira, could be austen,or is it the loud mouthed rakhi sawant(yes, she is also a women,Techincalyy don’t be so hard on her).
This and so much more.....
I could have described you or someone who know.... you can love her you can hate her but you cannot ignore her
The key to understanding a women is not to try to understand her just RESPECT her for who she is. Treat her the way she wants to be treated. this is not just for the men out there but also to the fellow lovely ladies too.. who see themselves and likes of them everyday around them but perhaps ignore or forget that they after all  belong to the same set of chromosomes and hence share a special comradely with one and all.. it’s just RESPECT  yeah a little show of an understanding that she wants..but well it goes more hazy from there also, doesn’t it.. enjoy !!**laugh**
Wishing you all the lovely ladies A HAPPY WOMEN’S DAY !
Posted by anki at 1:44 AM No comments:

anki
i am a 20 year old Indian student studying commerce and preparing for MBA, I am a hard core quirky tom boy.....!!!

Trust me .. you have every right to have your opinion .. and lemme know about it
just click the title of the blog post and wait 10 seconds for the comment box to appear .. see you there.......... 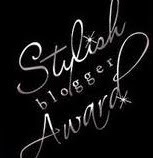 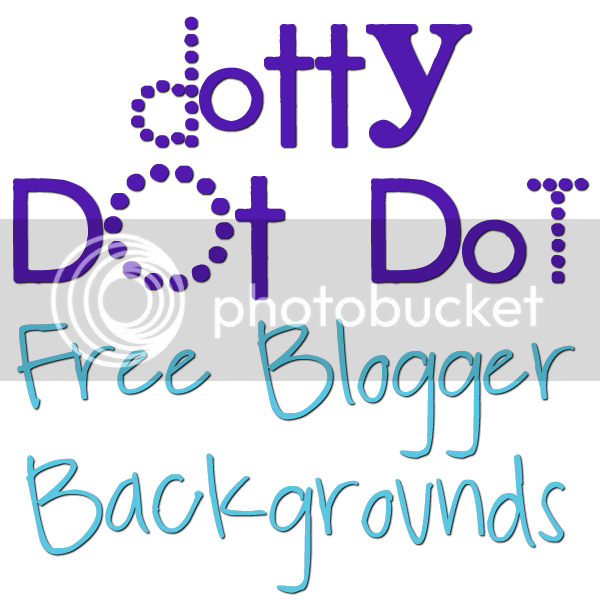